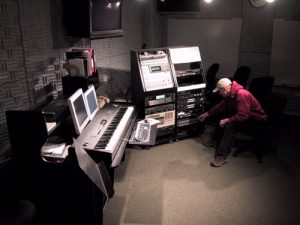 Many musicians and sound engineers underestimate the capabilities of modern computers.
Many musicians and sound engineers underestimate the capabilities of modern computers, music applications, and inexpensive sound cards. At the mention of such a technique, they contemptuously purse their lips and utter a word that concentrates all their contempt for the world of mere mortals: “multimedia” … However, familiarity with Western periodical music publications suggests that the entire civilized world has long turned to low-budget technologies: articles are written on this topic, advantages and disadvantages of various programs are discussed, and such serious people as Eric Persing (owner of Spectrasonics and creator of the entire library of sounds for synthesizers from Rola nd) make the first experiments on the use of software synthesizers in serious budget projects. And the prices of programs and plug-ins make you wonder. For example, a set of plug-ins from the Waves Native Gold Bundle company costs as much as 1,300 US dollars, and this is comparable to the price of stand-alone devices of a fairly high class.
So what happens – we are again behind the rest of the planet and still have not understood that the sound technology industry is dying out, and the future is behind the “virtual studios” hiding in the depths of ordinary personal computers? Yes and no. On the one hand, there is no doubt that “virtual studios” are serious professional recording tools. But on the other hand, autonomous “iron” devices have their own color of sound, which is quite difficult to repeat in the “virtual studio”. For example, the sounding of the equalizers of Soundscraft remotes is completely different from the sound of the equalizers of Mackie or TL Audio mixers, and many professionals believe that some specific things can be done only with their help. And the sound of the same synthesizers from Clavia (Nord Lead or Nord Modular) cannot be repeated using virtual synthesizers of the VST or DXi formats. In addition, there are tasks that are simply more convenient to solve with the help of autonomous devices. For example, providing concerts or permanent installations in clubs, concert halls, etc.
But the opposite is also true – many things that are very easy to do on ordinary computers using virtual studio programs are quite difficult to repeat in ordinary recording studios. In this case, the minimum required sound quality conversation is no longer underway. If you load professional sound libraries into a regular SB Live and use a slightly higher-quality external transducer than the built-in board converters, then none of the coolest sound producers will distinguish its sound from E-mu or Akai samplers. This thesis was checked by me many times, and people who could not be blamed for lack of hearing and experience with serious equipment were caught with this bait. And working with SB Live is much more convenient than with expensive autonomous samplers. Although a lot depends on a particular user – there are a lot of pitfalls in the process of transferring libraries from one format to another, and good results can be achieved only by knowing the shortcomings of SB Live or sound processing programs.
In this article we will talk about how to record really high-quality soundtrack using inexpensive multimedia equipment and modern programs. But make no mistake. There are no universal ways to “get cool.” It all depends on you – on your desire, perseverance, the ability to experiment for a long time, hearing in the end. And do not forget that sound recording is a rather complicated technological process. That is, real knowledge and understanding of the essence of what is happening are important here. In other words, in order to record a phonogram well, one must be not only a musician, but also a good engineer. Physics, in short, you need to know and love …