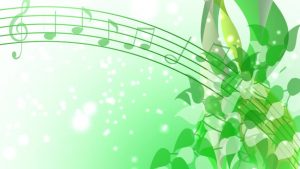 About 40 years ago, the French otolaryngologist, Alfred Tomatis, made some amazing discoveries that prompted the development of the Tomatis method. This method has various names: “auditory learning”, “auditory arousal” or “auditory therapy”. Its purpose is to re-educate a person to the hearing process, which improves the ability to learn and learn languages, to communicate, increases creativity and positively influences the social behavior of the individual.
The Tomatis method has helped thousands of children with hearing problems, speech disorders, attention deficit (DKV), autism, and also suffering from motor and motor disorders. His discoveries helped fight depression in adults, learn foreign languages ​​more quickly, overcome difficulties in communication, and increase creativity and efficiency.
Many musicians, singers and actors were able to improve their own professional skills using the Tomatis method. Finally, many report positive psychological changes, such as gaining self-confidence, increased energy levels, greater clarity of thinking and a sense of well-being.
Today, the Tomatis method is used in more than 250 centers around the world. They employ specialists in the field of psychology, medicine, education, occupational therapy and music.
Over the years, Dr. Tomatis developed a rather complex theory that is based on the interaction of auditory perception with voice. This brief overview can only outline some of the basic ideas in the theory of Tomatis. We can only hope that one day his work will be translated by domestic experts, because they explain in detail the basics of the method and the principles of its work. A significant number of scientific developments and practical studies confirm the effectiveness of this method (see below). In addition, the clinical results obtained by practitioners prove that the Tomatis method works.
An ear
When we think about our ears, we usually focus on the hearing process. This, of course, is the most obvious function, but besides hearing, the ear performs several other important functions that must be considered. All of them are accounted for in the Tomatis method. One of the most important functions of the ear is the vestibular. The lobby takes part in the management of balance, coordination of movements, muscle tone and muscles of our eyes. Thanks to the lobby, we are able to navigate in the surrounding space. The lobby is also an important transmitter of sensory information from our body to the brain. Children who have vestibular problems often have difficulty transmitting sensory information.
Another part of the inner ear is the cochlea, it performs the function of a sound analyzer, which is especially important for understanding speech. The vestibule and the cochlea are connected and act as a relay station between the nervous system and the brain, which is responsible for transmitting all sensory information. Tactile, visual and auditory signals pass through the vestibule and the cochlea, but according to the theory of Tomatis, the functions of the ear are not limited to this.
Energy function
Tomatis also draws our attention to the fact that high-frequency sounds excite the brain, while low-frequency sounds, on the contrary, contribute to the leakage of energy. For this reason, he calls the high-frequency sounds “charging sounds” and believes that low-frequency sounds most often tire us. They cause the vibration of internal organs, activating the semicircular canals of the vestibule. If these sounds continue to flow for a long time, they have a negative effect on the entire body. This effect can be easily observed in people listening to heavy music (rap or rock). On the other hand, the works of Mozart or Bach have a completely opposite effect.
Tomatis notes that when our brain is “well charged,” we can achieve greater concentration and concentration, organize, remember, learn, and work for long periods of time with almost no stress. When the brain is “well charged”, a person does not feel the lack of energy necessary for creation, the work of imagination and creativity. Most children or adults with a good ear for music receive a multitude of “sound energy” and rarely experience a lack of strength or depression. probably, they may not be ready for the problems that our rapidly developing society faces.