Which track is better 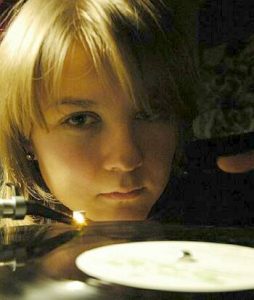 In her famous quotation, the great Coco Chanel wanted to say that there are hobbies that capture the minds of society with a wave, but then quickly disappear. And there is something eternal that remains forever in people’s hearts and what each trend is guided by. This phrase is the best suited to our article on trends in the world of electronic music.
Speaking essentially, we wondered what the DJ would choose: the freshest track, which is likely to become a hit, but the DJ himself assesses him for a trip or a time-tested musical composition?
DJs took part in our mini-study: Sergey Shevtsov, Pasha Koreyets, Kolya, Losev, Lapsky, Denis Che, Lvov, etc. So, what did Russian DJs agree on?
First, the majority of artists to play in the club will choose more cool time-tested than fresh. Only Lviv, Pasha Koreyets and Shevtsov disagreed with this opinion, preferring new trends.
Sergey Shevtsov: “I will choose a new and good track, because as I play something that will become fashionable in the future. Old tracks are not my style. ”
Pasha Korenets agrees with him: “I would prefer to play a new track that
I would appreciate “excellent”.
Choosing between the cool old track and the new “mediocre”, DJ Lapsky said: “Giving during the set only“ the fat ”is needed. It is better to put the already played track a second time than to spoil the impression of the game, but to do it is simple – just put only one uninteresting track. As for the old ones, I still often put the Chemical Brothers – Hey Boy, Hey Girl or Everybody in the Place – Prodigy. The main thing – the flow, the mood and that all in the subject. ”
DJ Mazai and DJ Sonic shared their opinions. Both of them agreed that it does not matter which track is old or new, the main thing is that it is beautiful. According to them, in the work of the DJ, first of all, the mood he creates on the dance floor is important, and here, of course, the date does not matter on the release.
DJ Sonic: “I have long paid attention to the race between DJs (especially young ones) for new tracks. Sometimes this chase many “shifts brains.” Instead of creating a holiday for people and building beautiful musical pictures-sets, they shoot the whole “novak”, feeling themselves ahead of the rest. Of course, the relevance and freshness of music is very important, but it should not become the head of everything. ”
The next item was decided to find out what the DJ is guided in when drawing up his set: improvisation, world charts, opinion of colleagues or something else?
As in the previous question, most DJs came to a single point of view. It turned out that many people put improvisation in the first place.
DJ Kohl commented on his choice as follows: “I play tracks that have been tested by time and by the audience. I also add fresh sets to them, which I can, for example, exchange with my foreign colleagues. ”
“For me, someone else’s opinion or general trends are not important. I am always guided by improvisation, the flight of fancy. The public doesn’t like playfulness, and in my tracks I show myself, my talent, ”agrees with colleague Denis Che.
But the most constructive, perhaps, turned out to be a DJ and musician Anton Aprelin: “In this case, I would rather play my remix on a cool track – and fresh, and recognizable. Moreover, I had the experience of not only remixing, but also rehearsal of vocal parts of famous dance hits. For example, Depeche Mode “Enjoy The Silence” in my performance is perceived by the public very well. ”
And in the end, we asked DJs to name tracks that, in their opinion, “will never die”.
Lvov decided to indicate performers whose music will never die. According to him, this is Michael Jackson and Depeche Maud, and Sergey Shevtsov, said that there is no eternal music.