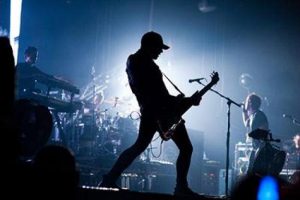 About “THE BEATLES” written so much that new discoveries in this area can not be done. Many consider 4 Liverpool guys to be the founders of the rock style. Is it so? – It is hard to say. Probably so. Although it seems to me that “THE BEATLES” gave impetus to the development of style, which was later called “soft rock” and which later developed into the so-called “pop music”. One of the features of “THE BEATLES”, which allowed me to rank them as “pop-singers”, is the relative simplicity of their music and lyrics, although this is more likely a consequence of the needs of young people than the lack of ability of musicians. The youth were then tired of the complexities of life, they wanted something light and easy to understand. There is no denying the contribution to the development
youth music “THE BEATLES” made a huge. END_OF_DOCUMENT_TOKEN_TO_BE_REPLACED